Two superstar Canadian country artists come together for an evening to celebrate the Holidays. In an acoustic collaboration, Multiple CCMA Award winners George Canyon and Aaron Pritchett perform together on stage, sharing stories, songs, and some family friendly comedy.

THANK YOU TO OUR CONCERT SPONSOR:

SADLY WE ANNOUNCE THAT THIS SHOW HAS BEEN CANCELLED DUE TO A VOICE INJURY.

We will reschedule at the earliest opportunity. We wish David a full and speedy recovery and are sending him LOTS OF LOVE.

A high-energy ensemble, the Proteus Saxophone Quartet was originally formed in Paris in 2011. The members are united through their combined curiosity and love for exploring chamber music specifically written for the saxophone quartet. With a strong presence across Canada, they strive to share their music with audiences and communities through performances, masterclasses and workshops with students and the public.

Tommy Davis currently lives in Montreal, where he is active in the improvised
music scene, as well as working with many different ensembles and a growing teaching studio. Holly DeCaigny divides her time between Edmonton, Alberta, where she will be pursuing a DMA in saxophone performance, and Calgary, where she is an active freelance musician and teacher. Mark Michalak lives in Calgary, Alberta. He teaches a diverse studio of students from beginners to University level, as well as being an active music teacher in the school boards as a clinician and a substitute teacher. Michael Morimoto lives in Vancouver, BC, where he has a successful career as a music instrument repair technician and freelance musician.

Their repertoire ranges from the familiar Bach and Piazzolla to new music written especially for the ensemble by Canadian composers, and lots more in between.

Attention all Musicians!! You are invite to a FREE Workshop on Monday February 17 at 2:00pm on the King’s Theatre Stage with the PROTEUS SAXOPHONE QUARTET. Join this illustrious ensemble of professional musicians for a workshop where you’ll get to fine tune the art of playing together and learn tips from the pros. This workshop is FREE, but please pre-register with the King’s Theatre Box Office so we can plan accordingly. And a special bonus, workshop participants will be eligible for a special 2 for 1 ticket deal for the Proteus Ensemble’s concert at King’s on Sunday February 16!!

The Stanfields are a multiple award-winning five-piece Folk’n’Roll band based in Halifax, Canada. Combining Rock music with solid nods to Celtic and Americana – they play what they want, sing what they feel, and leave nothing on the table.

Formed in 2008, The Stanfields have since released 5 albums and toured extensively throughout North America and Europe, sharing the stage with Queens of the Stone Age, Flogging Molly, Frank Turner and Dropkick Murphys among many. Coming as no surprise to the band’s sizeable international fanbase,

The Stanfields have taken a “predictably-unpredictable” turn with their upcoming recording “Classic Fadeout” (January 2020 on GroundSwell/Believe), seeing the band draw upon relatively gentler influences such as The Band, Stray Gators-era Neil Young and 70’s west coast country rock and infusing them into their distinct, swaggering brand of storytelling folk’n’roll.

SOLD OUT!!  Please call the Box Office to get on the waiting list.

Dust off your spiffy duds and designer face mask because, pandemic or no, we are having a party!

The local business community is partnering to make this a night you won’t soon forget, while helping to raise funds for a much-needed NEW ROOF over King’s Theatre.  All tickets $100.

Join us for an amazing concert with one of Canada’s foremost performing songwriters, LENNIE GALLANT and his trio. Opened by popular local singer-songwriter DAVID CHAMBERLAND

INCLUDED IN YOUR TICKET IS…

an amuse bouche from Founders House

and a sweet treat from Arch & Po Bakery

There will be a Silent Auction of fine art from all 12 galleries in Annapolis Royal, with 50% going to the artist. Scroll down to see the beautiful images and pricing details!! You need a ticket to bid. Contributors include:

There will also be a draw for a fabulous selection of door prizes from local businesses that include:

PLUS: A live auction for a meal for 4-6 people prepared by the amazing local chef Garth Lescaudron of Chef to Table!

LENNIE GALLANT is one of Canada’s foremost performing songwriters, with thirteen albums and numerous awards and nominations from the JUNOs and East Coast Music Awards to his credit. He has numerous many sold-out shows at King’s Theatre over the years. In 2017 he brought his Searching For Abegweit show to Annapolis Royal; it ran for 173 shows across Canada and won him an ECMA. He was named Canadian Folk Artist of The Year for 2016 and his song Peter’s Dream was voted one of the Top Ten East Coast Songs of All Time and was inducted into the Canadian Songwriters Hall of Fame.  A recipient of the Order of Canada, Lennie has has toured with Symphony Nova Scotia, Symphony New Brunswick, and with Symphony PEI, and has performed all over the world.

Opening performer is DAVID CHAMBERLAND. David is a singer-songwriter living in Bear River with a compelling voice and captivating stage presence. David’s versatility on guitars and various percussion instruments has been wowing local audiences since moving to the area from his native Quebec.

Name of Business: THE COURTYARD

Title of work: Leather base kit and matching pocket purse with a Cicada cotton print.

Title of work:  Get in line at King’s Theatre

Title of work:  The Lighthouse Keeper

Title: Listen to Your Own Echo

THANKS TO OUR PARTNERS

Rock & Roll Hall of Fame icon Stevie Nicks brings her legendary music to the big screen with 24 Karat Gold The Concert. Recorded over two nights during her sold-out 24 Karat Gold Tour, the film features a set-list of fan favorites and rare gems from Stevie’s multi-platinum selling catalog.  The film also highlights Stevie’s intuitive and intimate storytelling abilities, captivating audiences with personal stories behind some of the most famous songs in music history.

Widely considered one of the most important female voices in rock music with an unparalleled career, Stevie Nicks has had six Top Ten albums, 8 Grammy nominations and is the first woman to be twice inducted into the Rock & Roll Hall of Fame – with Fleetwood Mac in 1998 and as a solo artist in 2019.

*Reserved seating. Seats have are designated in pairs and singles. They been marked to accommodate physical distancing of 6 feet. Face masks are required. Cloth masks are available by donation at King’s Theatre. Thank you! 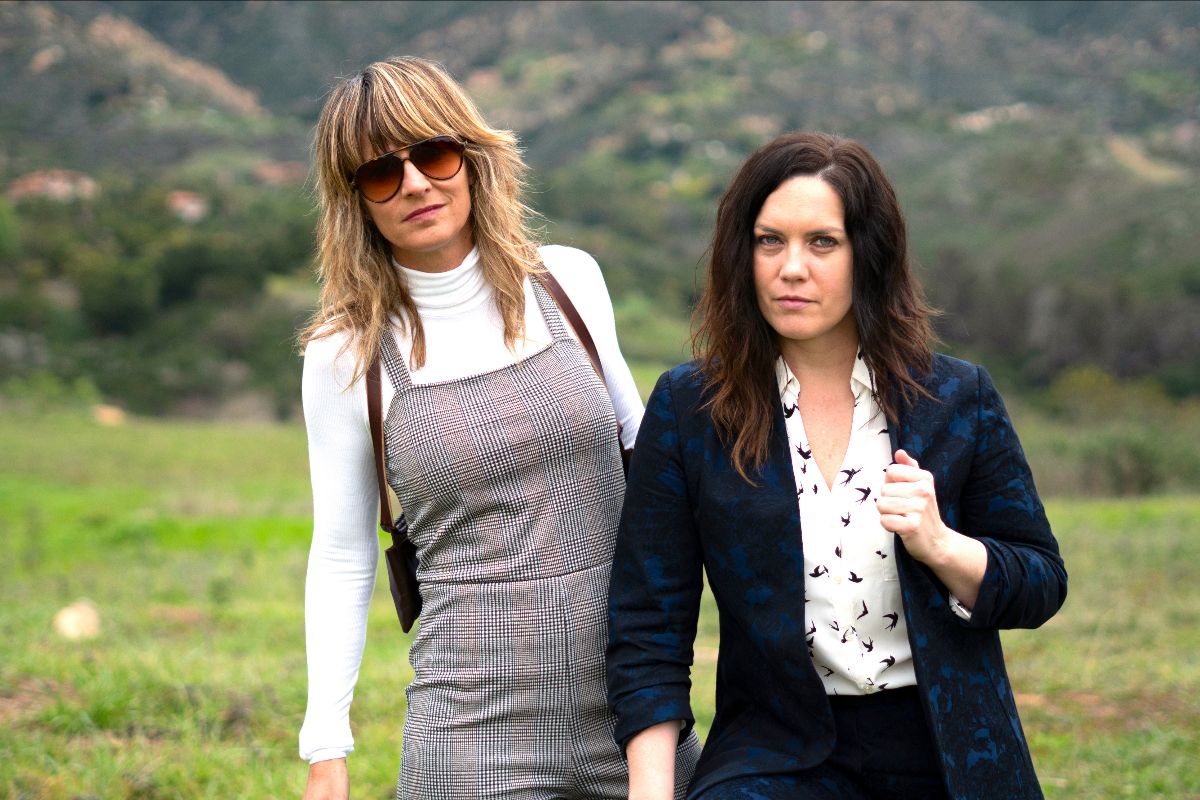