LIVE AT LUNCH! is a free live performance series. LYNNEA ROSE with WAYLON ROBICHEAU Charming her way into the hearts of folk, Americana

LIVE AT LUNCH! is a free live performance series.

Charming her way into the hearts of folk, Americana and celtic fans alike, maritime songstress Lynnea Rose has graced audiences from coast to coast, sharing with them her beautiful voice, heartfelt songwriting and genuine stage presence. Since the release of her self titled debut album in 2013, Lynnea Rose has toured across Canada multiple times, has had her music featured on internationally acclaimed TV show Hope for Wildlife, and has earned herself a Music NS Award Nomination for her Sophomore album “Rocking Chair”.

Born and raised in Granville Beach, Nova Scotia as an eighth generation Armstrong, it’s easy to hear where Lynnea’s musical inspirations lie. Her deep connection to her Celtic heritage and East Coast is clearly evident in songs like “Fundy Shore”, “By the Sea” and “Bad Winter”. Stylistically, Lynnea Rose has been compared to Alison Krauss with her song-writing reminiscent of Brandi Carlile and Gillian Welch. 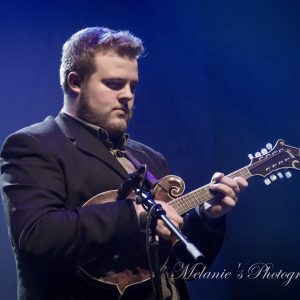 Waylon Robicheau is a guitar and mandolin player extraordinaire originally from Weymouth and currently residing in Digby, NS. He has played in bluegrass bands Shadow River, Bluegrass Unit. He’ll bring his talents as a guitarist, mandolin player and vocalist on stage with Lynnea Rose.

Thanks to The Province of Nova Scotia for supporting this series.