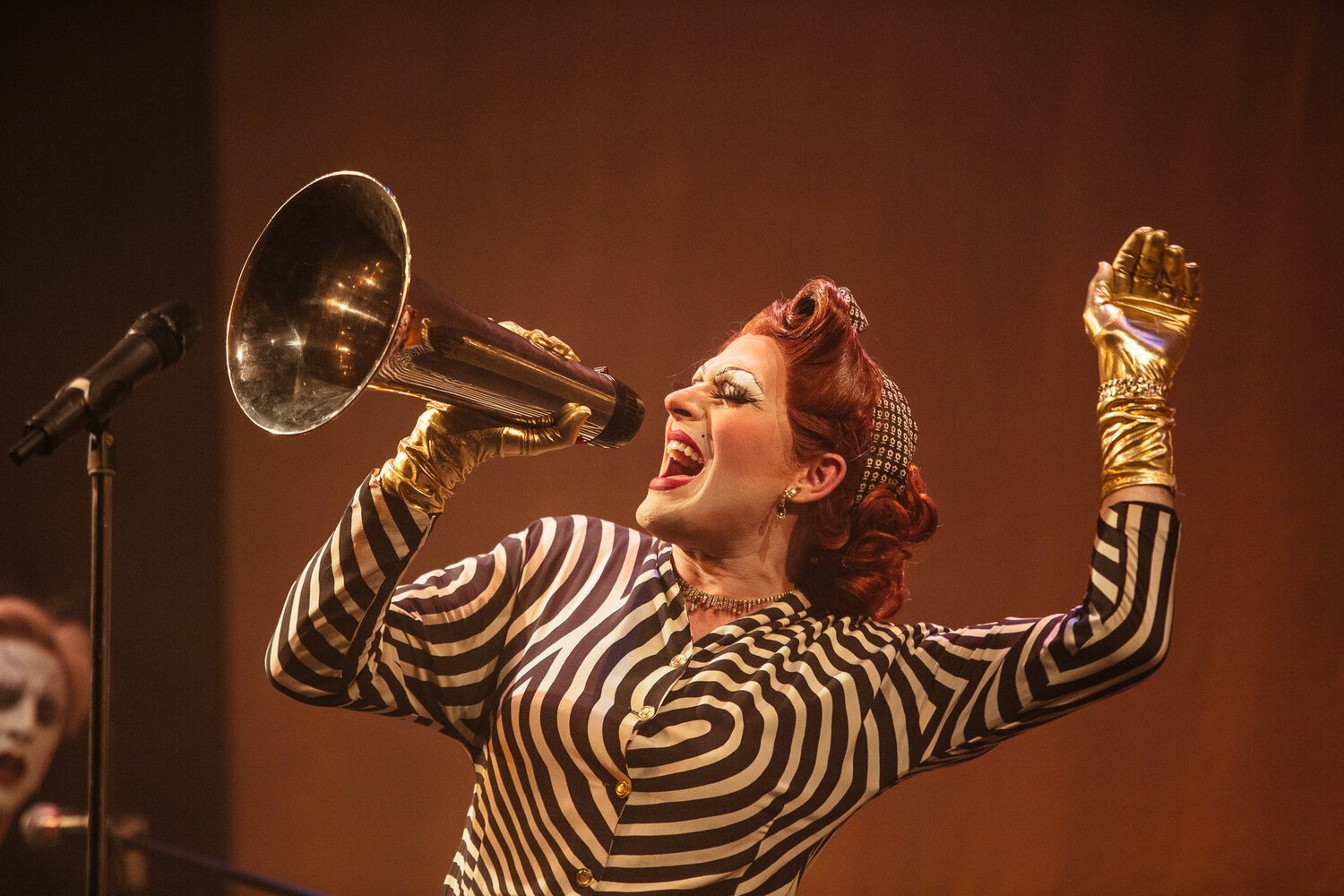 Sweet-as-pie and sharp-as-nails, wartime wonder Pearle Harbour is an award-winning 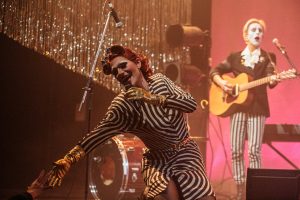 “Pearle has emerged as one of the most engaging, thoughtful performance artists around.” – NOW Magazine

“Looking like she sashayed out of a 1940s fashion mag, Pearle Harbour is part deliciously retro, part very much here and now.” – Toronto Life Magazine

Weaving her signature acid wit and demented storytelling through the day’s headlines, Pearle takes on the world, from our mounting ecological anxiety, to nuclear tensions (past, present, future), from the well-trod tactics of strongmen, to digital escapism.

Her original works have been presented across Canada to rave critical and audience response, at some of the most prestigious theatres and festivals in the nation, including the PuSh International Festival of Performing Arts, the High Performance Rodeo, SummerWorks, the Yukon Arts Centre, Theatre Passe Muraille, The Cultch, OUTstages, Next Stage Theatre Festival, The Second City, Toronto Sketch Comedy Festival, and countless others, as well as published in Canadian Theatre Review and featured on the CBC.

She is an artist-in-residence at Buddies In Bad Times Theatre, the longest running queer theatre in the world.

“The truth is, we know so little about life, we don’t really know what the good news is and what the bad news is.” – Kurt Vonnegut

Created with support from the Toronto Arts Council.

Health Guidelines for this Event